I have a problem.  I want to take great photographs, for sure.  I want to come up with shots that stun the judges and the audience.

And I take what I think are fantastic photographs … and I completely forget about them.

It’s August 2016, and I’m at the Altamont Fair.  I try to attend Altamont for the entire final day of the Fair.  That afternoon, I brought my 35mm Leica M3 (“Leica Green”) to the Fairgrounds, and was shooting whatever I could find.  Inside Leica Green was a roll of Kodak 400TX black and white film.  It was just a case of “get a good photo at the Fair, Chuck.”

At the Fair was a small petting zoo, where one could feed baby goats.  The goats played around a little treehouse, and one of the little guys climbed up a railing to the overhang of the treehouse.

I captured this shot from it.

Aw, look at that, the little kid’s trying to read…

So why didn’t this show up in any competitions during Competition Season 2017?

Because I completely forgot to put this picture in the short pile.

Total brain fart, Miller.  How could you NOT have put a picture of a sign-reading goat in competition?  What in the name of vici leather is wrong with you?

Okay, okay, before anyone else gets on my case, I’ve put the photo in Competition Season 2018’s short pile.  I swear.

But this in fact brings me to another matter.

And that matter is … I seem to have great success when it comes to photographing goats.  I mean, I’m not ba-a-a-a-a-ad at it… 😀 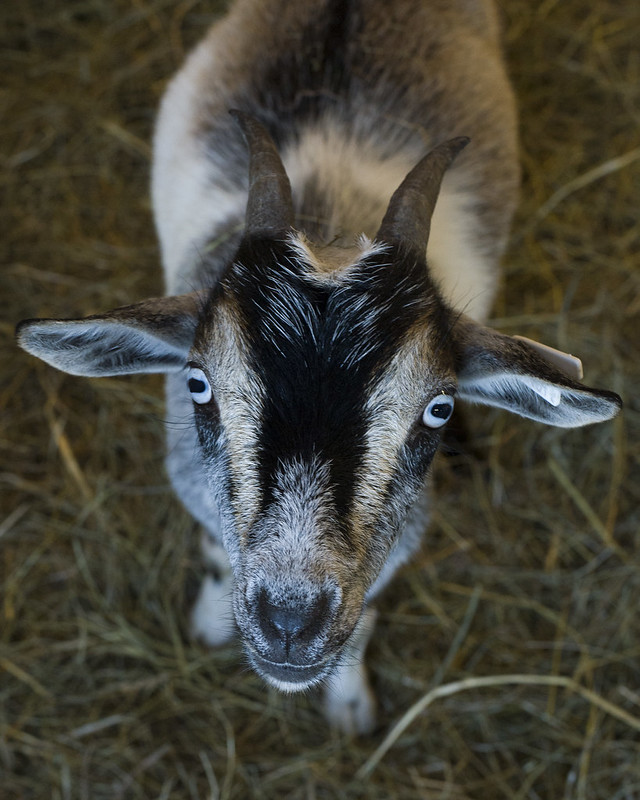 Rutland the Goat picked up a blue ribbon in goat photography (yes, there is a category for this) at Altamont in 2015. 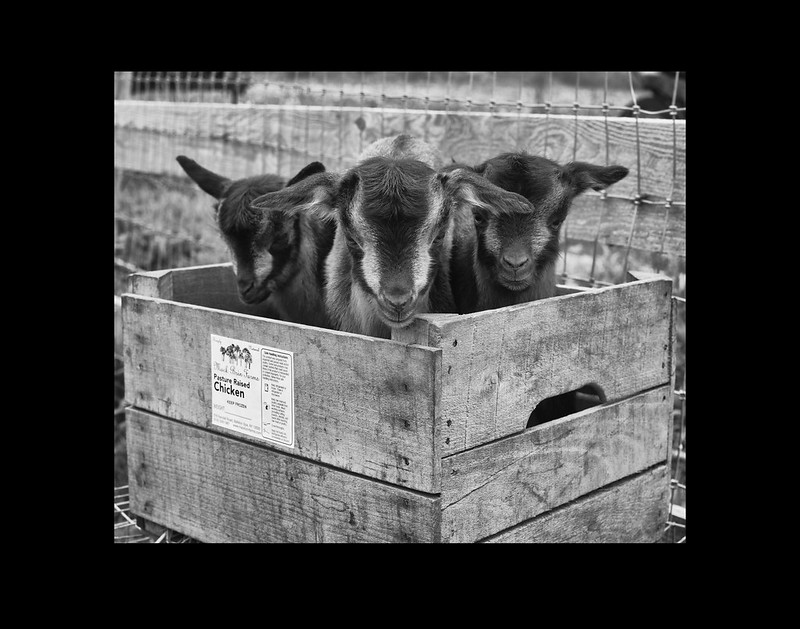 The picture, later named We Are Not Chickens, also claimed silk at Altamont’s goat-photo discipline.

And here I am, staring at this picture and wondering to myself … why did I not consider this photo for competition?

Was I looking at it at one point and saying, “Well, that’s good enough…” and then reminding myself that I should never settle for “just good enough”?

Did I get distracted by other photos and completely forget that this image existed?

Or am I just getting senile in my old age?

Hang on a second… there’s some noise outside my apartment.  Gotta go investigate.

HEY YOU KIDS, GET OFF MY LAWN!

Okay, sorry for the interruption.

You know what?  I think I just completely forgot I took this picture.  This can happen.  This was around the time when I started feeling pains in my left foot – which turned out to be broken bones – and I had more important issues to consider.

That being said, I’m definitely going to consider Billy Goats Only for future competitions.  I have to.  If for no other reason than I want to at least see if I can get a silk for goat photography … outside of a category specifically tailored for goat photography.

Besides, this could open up a new photography avenue for me.  While most people photograph little kids … I’m technically doing the same thing.

You do know that baby goats are “kids,” right? 😀

1 reply to To all the goats I’ve loved before …