Yesterday, my college alma mater, Hamilton (not the play), announced that they would join the many colleges and universities who will transition from on-campus classes to telecommunication and computer education, due to the COVID-19 pandemic.

I get that.  I understand.  Everyone needs to be safe.

It’s just a good thing that this pandemic didn’t occur when I was at Hamilton, in the early 1980’s.

Because back then, what we called “cutting edge technology” in 1981 was like stone knives and bear skins today.

Brace yourself.  This is going to be scary. 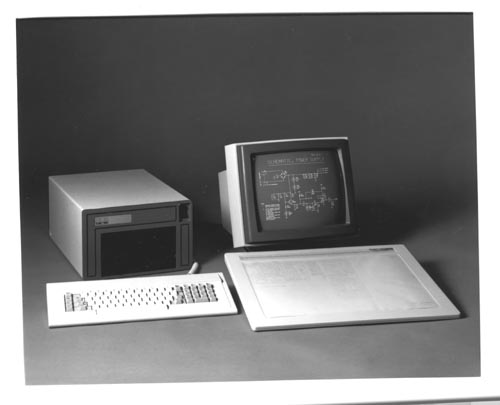 The beast you see in this picture is a TERAK 8510.  We had about ten of them in the basement of the Burke Library at Hamilton College, in our dedicated computer center.  These beasts were powerful – you could put as many as 30 pages of single-spaced text onto 8″ floppy discs, which could then be printed out at the computer center’s daisywheel printer.

These computers were built with a programming interface language called PASCAL, and we learned how to create simple programs with it – although I do know at least one student who created a halfway decent solitaire game with the system.

By 1983, the college had invested in some very high-tech Apple IIe computers, although as much as I would have thought they could be used for computer programming or drafting or the like, most times they were used for the latest computer games, which at that time were Zork, Wizardry! and a couple of other games that escape my mind right now.   Then again, I did manage the record collection in my dorm room by employing an Apple IIe program called Visicalc.  Think Excel, but without all the bells and whistles.

Oh, and forget about “remoting in” to use the system.  If you really wanted to use a super-fast computer, you had to set up a deck of IBM punch cards, which were fed through a feeder system with a dedicated modem to Cornell University’s computer.  Yeah.  Punch cards.  And heaven forbid you ever drop them or get them mixed up.

I think the college actually acquired a top-of-the-line Macintosh computer – complete with this newfangled thing called a “mouse” – around 1984.  Again, lots of learning and lots of opportunity, although some people did try to use the Macintosh for drafting nice-looking resumes.

I do believe there was a modem on campus – you could actually put a telephone handset on it and it could transmit data at a lightning speed of 800 bits per second.  Or something like that.  Comparatively, stone knives and bear skins.

But we made it through those early years, to the point where we’re able to continue our education today, no matter what Mother Nature or Father Time throws at us.

Yeah, those students have some great advantages today.

But if they ever had to deal with the old TERAK computers and those magnetic 8″ floppy discs … they would be sore afraid.  Trust me on this. 😀