I first met Tony Goldmark at, at all places, a “Weird Al” Yankovic fan convention in 2000.  Yes, there are such things. Yes, I went to more than one of them.

Tony at that time was a very talented song parodist, and could compose some nerdcore with the best of them.

Tony has a few YouTube channels in which he reviews Disney park rides – he actually did an entire series of YT clips that focus on TV shows where characters visit DIsneyland or Disney World.  Apparently most ABC sitcoms have a “Let’s go to Disneyland” episode in their catalog.  He also does the “One Movie Later” series, where he reviews films before he sees them (anticipation) and after he’s seen them (did they live up to his anticipation).

He also has no use for Donald Trump, Trump’s sycophants, or any in the MAGA community.

So, when Disney World posted a re-opening video, as the company re-opened their parks after closing them due to the COVID-19 pandemic…

And that was that.

Until the Fox News website decided to showcase Goldmark’s Twitter tweet in their news story about the Disney parks reopening.  Here’s a link to the Fox News page.

But if you go to the Fox News page and you see Goldmark’s embedded Tweet, you might see something else.

Goldmark was not going to suffer the indignities of being used as a prop in a Fox News story.  So…

Goldmark changed the identifier on his Twitter handle.  You know, instead of it saying “Tony Goldmark,” or “Tony Goldmark has a new video out” or something like that… 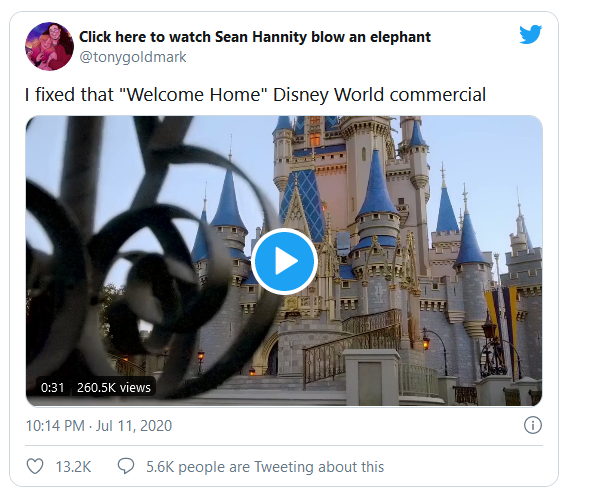 Now I thought that once Fox News saw that one of their beloved anchors was getting treated like this, they would take Goldmark’s tweet down.

Goldmark made his parody on July 11th.

This Fox News story was posted on July 12th.

Goldmark has kept his little joke in effect, wondering when Fox News will notice what’s going on. 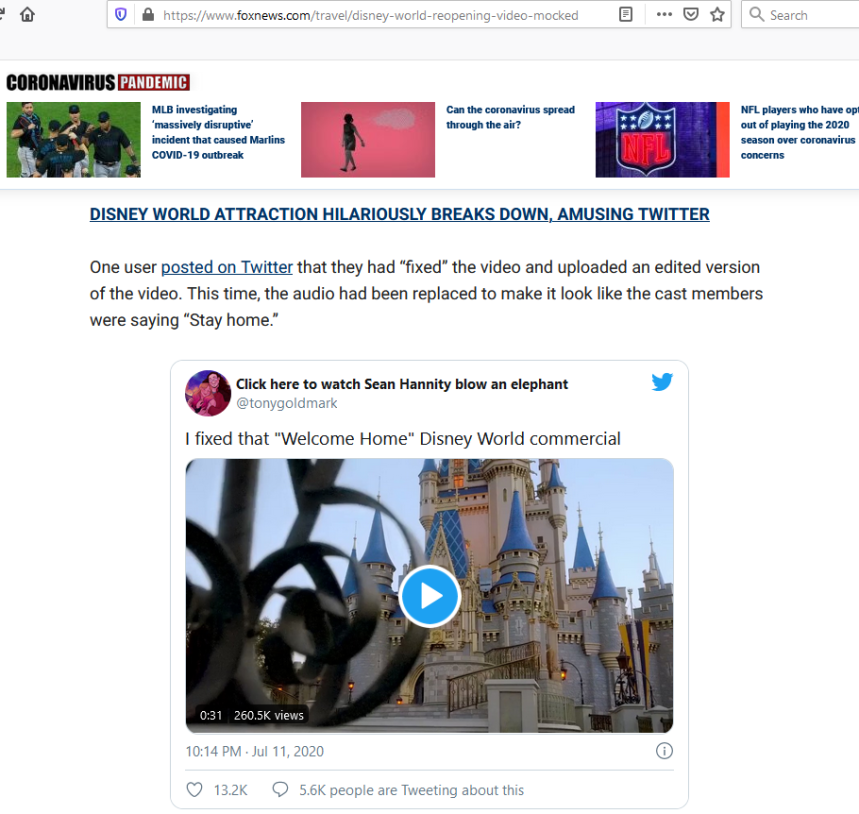 Never underestimate the power of a parodist.  You may call us nerds … but nerds get shit done.