For the third year in a row, I’ve submitted my Saratoga-themed artworks to a special charity auction and art show.  The Saratoga Springs Preservation Society’s “TRASK Art Show and Sale” takes place on September 29 at the Canfield Casino, with the proceeds from each item sold earmarked for the preservation of Saratoga Springs’ buildings and history.

The artworks submitted must embody Saratoga Springs’ spirit and history, and must show something about the beauty and imagery of Saratoga County.

Last year, all three of my donated pieces found new homes.  I’m hoping that this year, three more of my artworks will hang on new walls.

Oh man, this was a fun Dream Window to build.  It was my first attempt to use mirrored glass and combine it with water-transfer decals of my photographs.  The Dream Window captures the reflective beauty of the Adirondacks, and I’m seriously hoping this finds a new home at the Trask.  This artwork was previously displayed at the 2016 Times Union Home Expo Art Show. 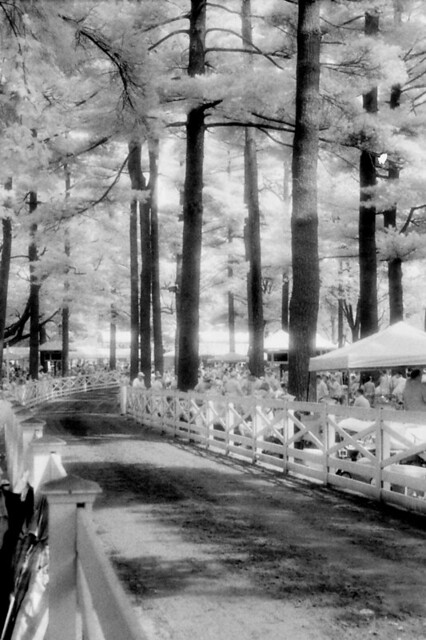 Yes, it’s the thoroughbred track.  Yes, I used infrared film.  Yes, I entered this at the New York State Fair this year.  And yes, I’m hoping that it wins – or at least places – or at least shows.  😀

Yep, it’s my image-changing lenticular art piece, one of only two Chuck Miller artworks to earn acceptance into the Capital District Photo Regionals.  This piece – taken over a period of twelve months in Saratoga County – has a chance to find a new home with someone who appreciates magic-motion artwork.

The art show will take place this Thursday, September 29, at the Canfield Casino in Congress Park, Saratoga Springs.  It’s definitely a show worth attending, and I know you’ll have a good time.

And you might see an artwork or six that you just can’t leave the show without buying.