While I hope to break the “Syracurse” that has stymied my photographic entries in three of the last four years, I have found success in another avenue at the New York State Fair.

So if I’m already schlepping six photographs to the New York State Fair this year … I’m also going to schlep some arts and crafts projects.  I am allowed a maximum of five entries in the Arts and Crafts category. 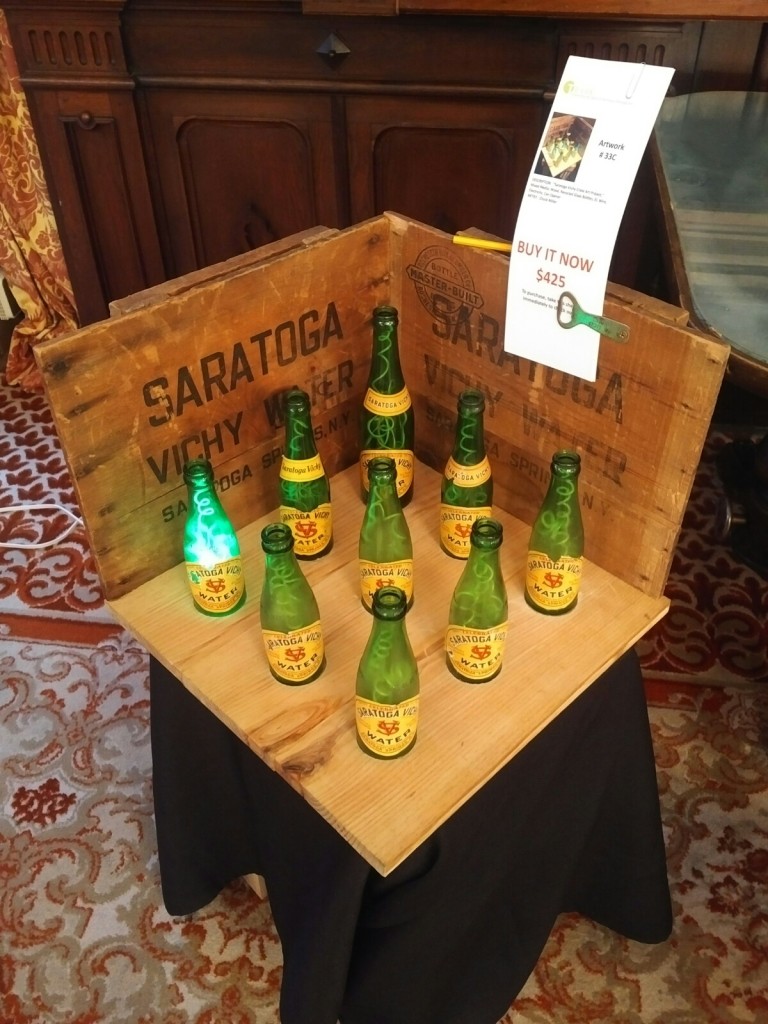 Yes, my dancing electrified bottle artwork, complete with electroluminescent wire, vintage water bottles and a recrafted crate – will be submitted to the New York State Fair’s “Recycled” category, Division TT, subcategory 3, “Decorative Items from Recycled Materials.”  And you have to say, that artwork is rather decorative, amirite?

So my first-ever attempt to craft embroidery with a burlap gunny sack from a feed store in Central New York … oh, hell with it, it looks great, and I’m entering it.  Division J, Surface Embroidery on Fabric Other Than Wool, subcategory 3, “From a Commercial Source.”  Because technically, the bag already had printing on it, so that makes the bag a “commercial” artwork in that I’m following the pattern on the bag.

This will be tricky.  If the judges let me enter this as its own separate discrete entry, then fantastic.  I would put it in the New York State Fair’s “Recycled” category, Division TT, subcategory 2, “Functional Home Accessory or Toy.”  But if I can’t enter it as its own distinctive image … then I’ll just submit it as part of the Saratoga Vichy Crate Art Project and leave it at that.

So this Saturday I’m going to bring nine entries to the New York State Fair.  And let’s hope that some of those entries smash the Syracurse.