With that in mind, I went up to Thatcher Park for a quick walkabout and a moment to recharge my emotional batteries.

First up – parking at the Helderberg Escarpment.  This is the overlook that gives you a stunning view of Eastern New York and, if the sky is clear enough, adjacent western New England.  But the sky was cloudy and mucky, so I just took my usual picture of the overhang tree at the Escarpment. That’s one serious-ass drop-off.  Have I previously made the joke about the last time I saw a drop-off that steep, a Bushman threw a bottle of Coca-Cola off it?

Then I walked along a muddy, puddly fenceline.  Nothing major, just a chance to clear my head and think about things.  And if I saw anything worth a picture capture, I would do so.

See, over the past month I’ve hurled myself back into photography – both traditional and experimental – with a fierceness.  It’s almost like after two cataract surgeries, I didn’t feel that I had the drive to take pictures any more.  And then … for some reason … I just grabbed my cameras, garnered some film when necessary, and went for plenty of photo walks. 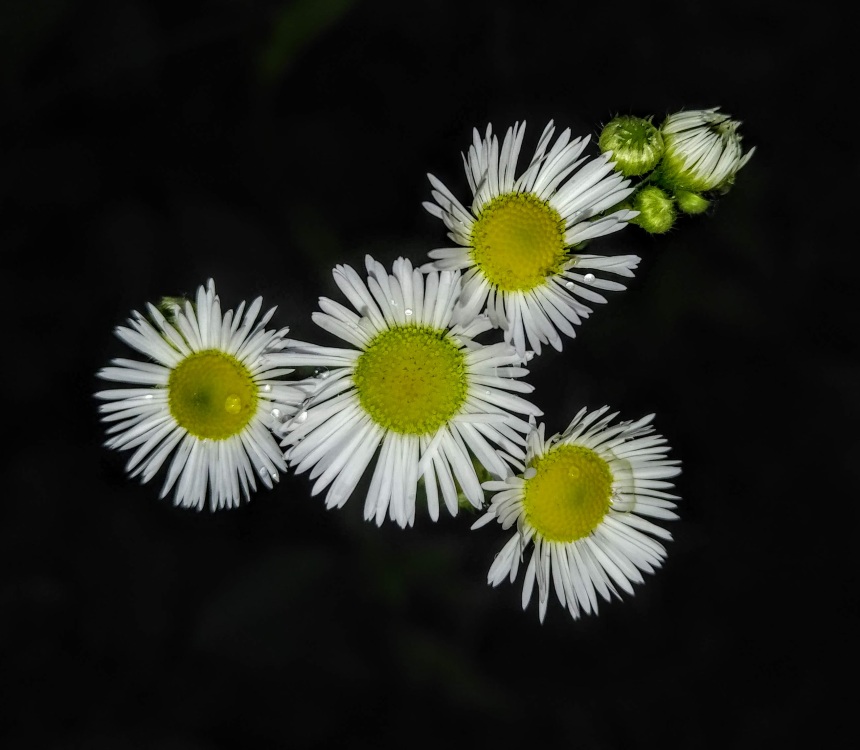 Maybe it’s not just the cataract surgeries.  I’m still pushing through some emotional issues.  It’s not always something that will go away with the next sunrise.

Maybe it’s these moments with my cameras – where I’m taking what’s emotionally part of me and composing it as a tangible, visual image – that can help in these moments of despair.  Showing off damage and decay in one image, then joy and hope in the next one.

True story.  After I went to Chinatown to create my 88 Minutes in Chinatown splitfilm collage picture, I dropped off the film at McGreevy Pro Lab, my pro lab of choice.  One of the workers there said to me, “We were just talking about you – we hadn’t seen you in a while, we thought maybe you had died.”

Right.  And my blog was written every day with the help of a flea market Ouija board. 😀

Ooh, that’s a pretty flower.  Gotta get a shot of this one. 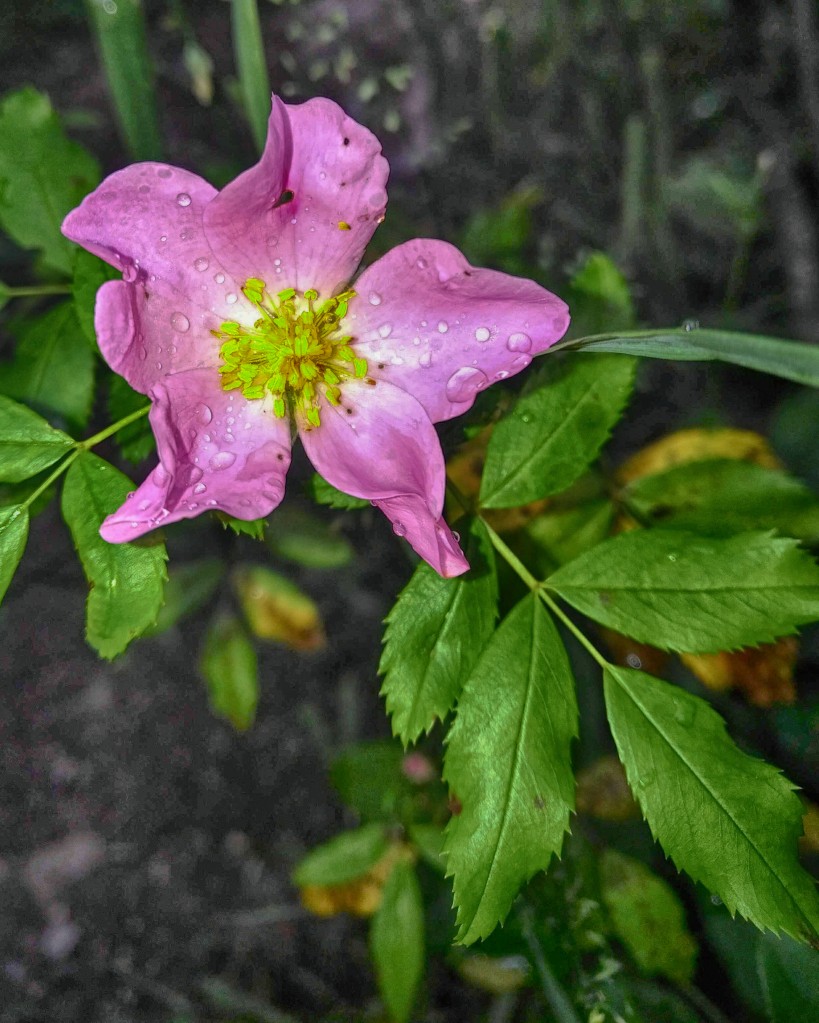 I have no idea what this flower is.  I even went on reddit to ask one of the subreddits for this flower’s identity.  All I received was that it might be a rose of some kind.

Yeah, there’s my love-hate relationship with reddit all over again.

This picture, though, actually does kind of symbolize what I’m going through now.  It’s a combination of beauty and sorrow – the colorful but tilted petals, the raindrops, the burst of color in a grove of green.  It’s like I’m trying to burst out of my ennui… one petal, one leaf, one raindrop at a time.

I may save this picture as an outside Competition Season 2019 shot.  Or maybe for the Thatcher Park Nature Show in 2020.

Back to my car.  The Escarpment parking area has a 30-minute parking limit, and I’m pushing 29 minutes as it is.

I climbed in, closed the door, and scrolled through my camera phone to check out my captures.  By the way, I also took some pictures with my film camera Leica Green, but I didn’t finish the roll, so those pictures will have to wait before they appear in the blog.  Sorry all…

But this rose-like photo … it’s a nice battery charge for me.