But understand this.  On the 3rd of July, I brought some rolls of Fuji Velvia and Kodak Ektachrome slide film up to Saratoga Harness (yeah, yeah, I know it’s Saratoga Casino Hotel, but I know it as Saratoga Harness so that’s what it’s called), and I took some photos of the fireworks show at the track.

Normally I would photograph the fireworks with one of my digital cameras, most often my Nikon Df for static shots.  But this time, I chose to go very retro.  The rolled film provided me with twelve exposures per roll.  And I was using my Rolleiflex Automat MX camera, which is a vintage beast.

Here’s the thing.  When you have an infinite number of available shots, such as in a digital camera, you can hit that shutter button and squeeze off hundreds of exposures in a night of fireworks.  If you know you have twelve images on a roll of film, you get VERY judicious about your exposures.

Each one of these exposures was captured with my camera in bulb mode, with an f/8 exposure.  The film itself was anywhere from ISO 64 (the Kodak Ektachrome) to 100 (the Fuji Velvia).  What that did was minimize – if not completely eliminate – illuminated smoke in my shots, leaving instead beautiful bright plumes of burning gunpowder and flash.

Of course, there’s a major drawback in using a vintage Rolleiflex to shoot fireworks.  After your twelfth shot, you now have to roll the film up, open the camera, take the film out of the camera, seal the film, put the exposed and sealed film in your pocket, reach in your OTHER pocket for a fresh roll of film, move the takeup spool from one spot on the camera to the other, thread the film, close the camera, advance the film … and you’ve missed about five minutes of fireworks, even at a good speed.

I brought four rolls of film with me to the photo shoot, and by the time I loaded the fourth roll, the fireworks show was at the finale.  Trust me, when you hear “Stars and Stripes Forever,” you know the finale is on its way.

Now since McGreevy Pro Lab – my pro lab of choice – only develops film on Wednesdays, I had to wait until the next development cycle, which was July 10th.  On July 11th, I received my developed film.

Want to see what I achieved with this film experiment? 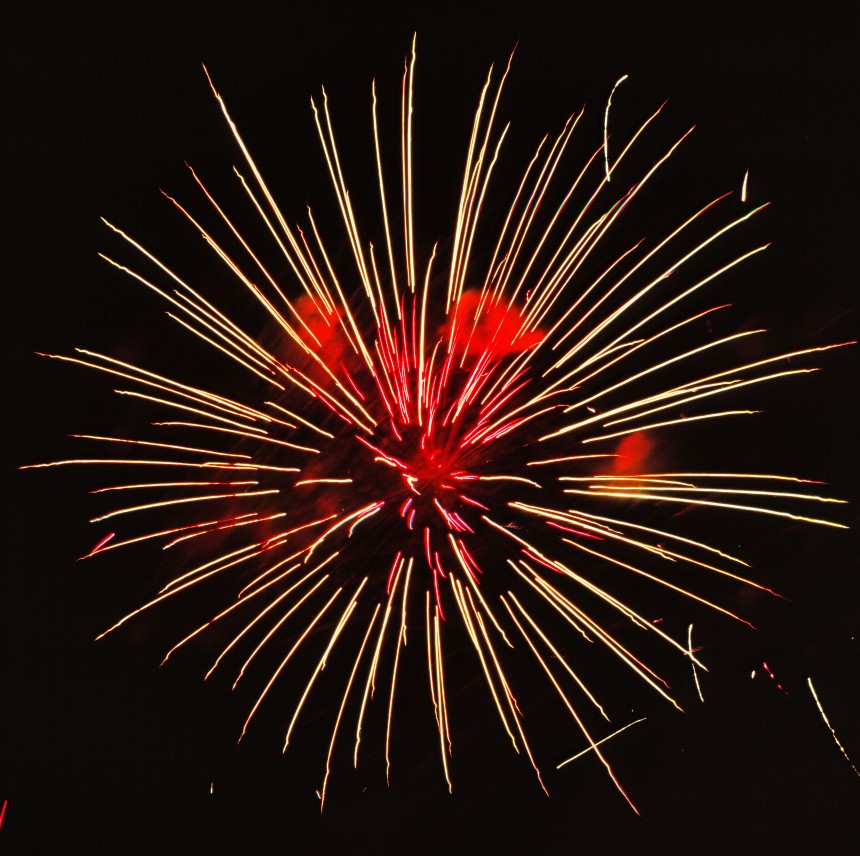 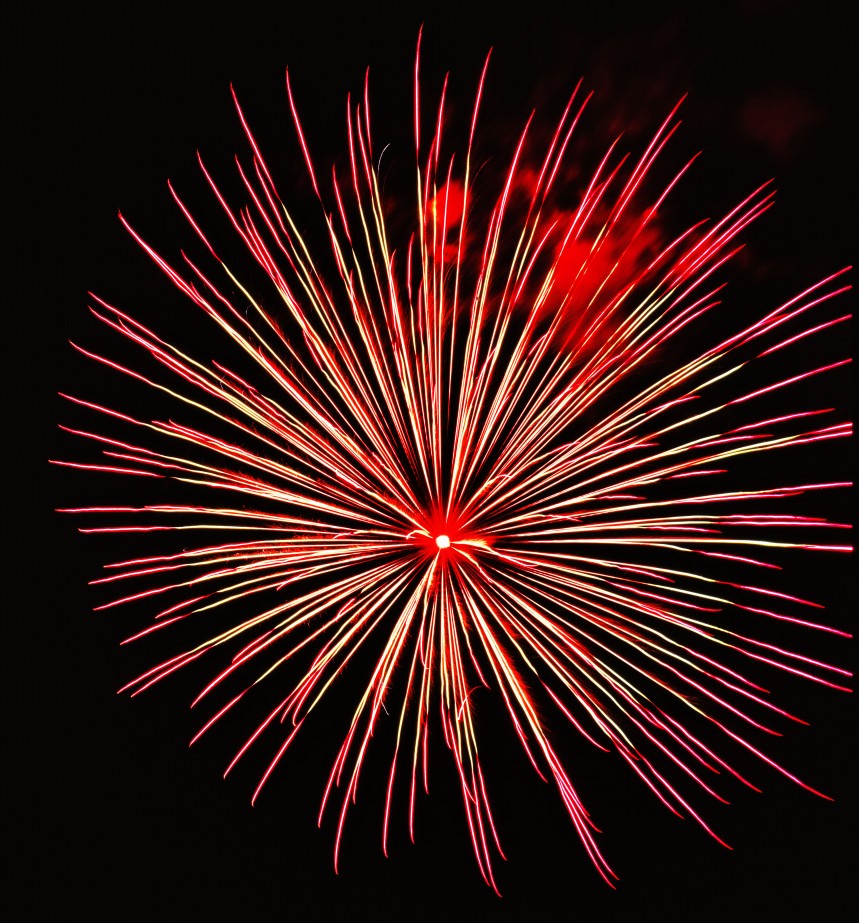 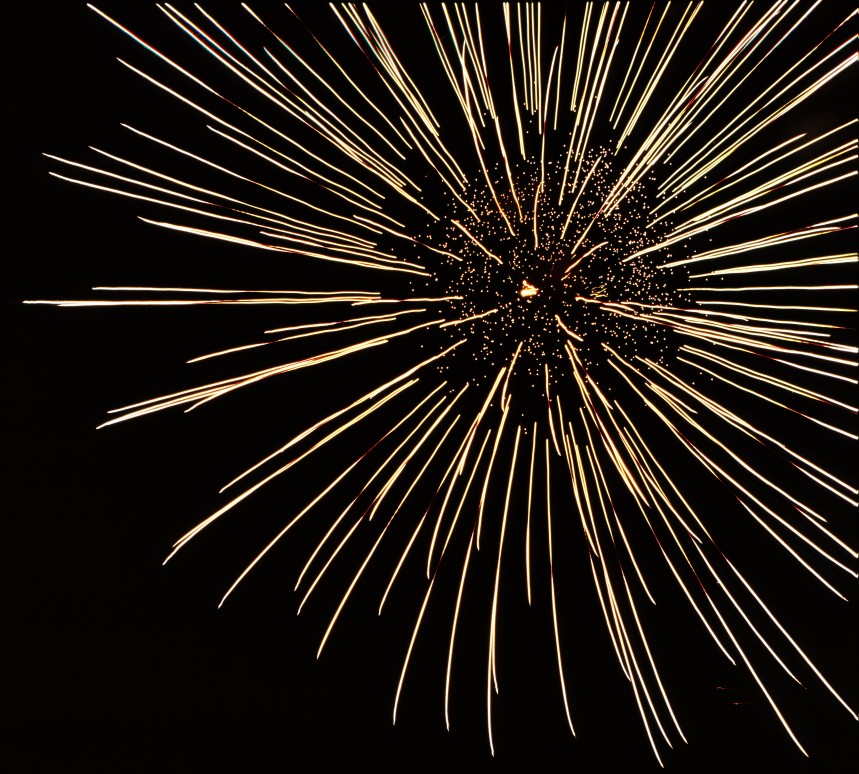 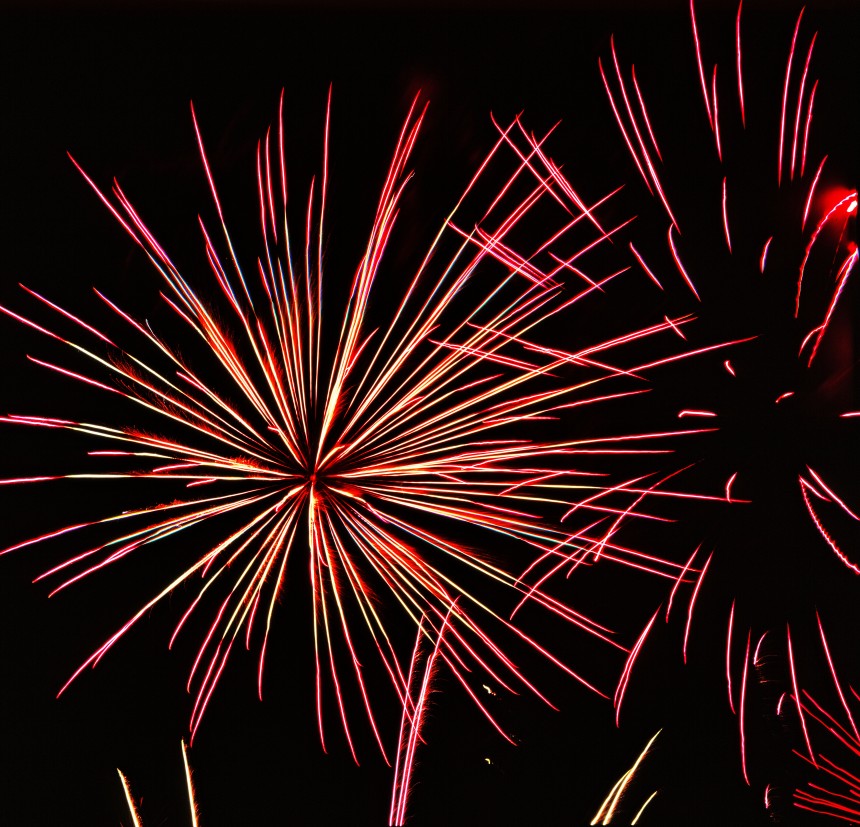 Now understand that this was more of a “proof of execution” project, where I had hoped to capture fireworks without the benefit of seeing my developed efforts after each shutter press, as would be the case with my Nikon Df.  But I have to tell you … shooting fireworks on film can be a truly amazing experience.  Especially when you get these fantastic blooms that are essentially tendrils of colored light.

And the last three pictures were taken with Kodak Ektachrome which may have been – shall we say – a bit vintage.  Okay, it was old.  No, I have no idea how old it was.  Just assume that it’s old and let’s move forward from there. 😀

In fact, if I wanted to, I could use these fireworks photos as texture for other pictures – maybe have something in the foreground and the fireworks imagery in the background, if I so wished.

So what if I had to wait a week for these pictures to develop?

You tell me it wasn’t worth the wait.

3 replies to Fireworks with film at Saratoga