So here’s the deal.  I’ve been puttering around with cracked-open 126 Kodak Instamatic film for a few years.  And so far, the results have been good enough.  Yes, I’ve entered some shots in competition, but still…

My problem is that I have to find a way to make the film’s limitations – the green framing boxes, the 25-year-past-its-expiration-date, the fact that I’m still trying to use Instamatic film in this day and age – all work for me somehow.

Last Friday night, I took in the fireworks at Freedom Park in Schenectady for the Jumpin’ Jack’s Drive-In fireworks show.  My AGFA Clipper Special f/6.3 camera was packed with two rolls of Kodak Instamatic Gold 200 film, and I figured I could get a maximum of 15 fireworks shots for my efforts.

The camera was stationed along the Mohawk River.  No obstructions, no tree branches, nobody in front of me.

I’ve done all I can.  Now it’s time to photograph.

And here’s what I got.

And you’re thinking to me… “Hey Miller, you said Instamatic, not Instagram.  Don’t try to play us like fools.”

Well, no, I did capture those fireworks with my BlackBerry PRIV camera phone.  But that’s not the basis of this experiment.

First off… I wanted to see if the film produced fireworks shots that expanded up to the Instamatic frame lines. 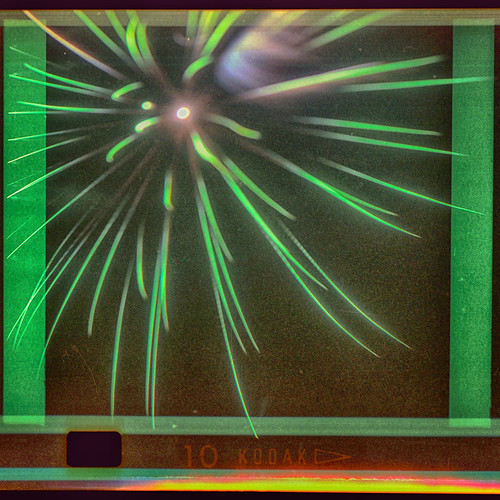 Although I have nearly no idea where the fireworks blooms would interact with the Instamatic frame lines… it looks like I got lucky and hit this frame perfectly.  Aces.

Now let’s see what happens when I match up two frames together – from different Instamatic film rolls. 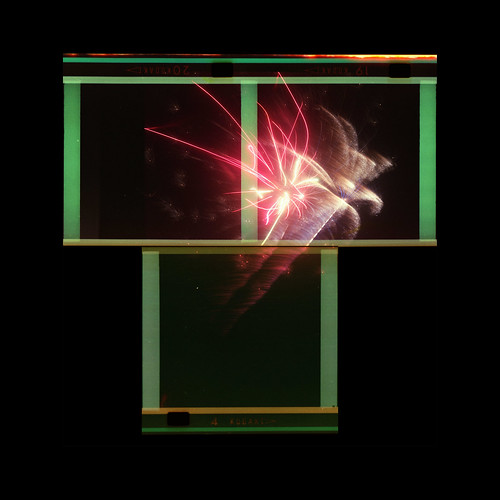 But the thing is… I had the camera angled at a 45° angle.  So if I turn my next picture into a 45-degree angle… what would happen? 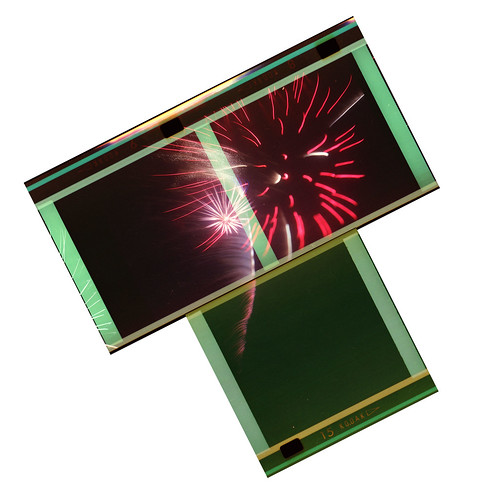 So this is good.  I now have an outlet that will work well for the Instamatic splitfilm.  I can shoot fireworks with it, have the blooms burst right from one frame to the next.  Heck, maybe I can take one of the splitfilm strips and cross-process it in different chemicals to get a way-out photo.  Or maybe I’ll just take what I have and work with it.

July 2017.  I can shoot fireworks with my other camera gear… but I will definitely set aside some shooting time for fireworks a la Instamatic splitfilm.  I can’t use these shots for this year’s Competition Season – but I CAN keep this concept open, get some fresh Kodak 200 Instamatic film (or some funky old stuff, I don’t care) and keep this going.

And heck, even that big bloom that burst through the Instamatic frames… that’s kinda cool in and of itself.

And I can use some fun in my life.  Don’tcha think?