Last year, the Canadian Pacific Holiday Train traveled through the Capital Region.  The train run combines a mobile concert with a charitable fundraiser – visitors are encouraged to bring non-perishable food items for the local food banks, and the train provides a half-hour of holiday music and contemporary hits.  A good time is had by all, and the train moves on to its next stop.

Last year, I wanted to get a shot of the Canadian Pacific Holiday Train as it charged through the Capital Region.  There were several opportunities and options to select from, but I unfortunately arrived at my chosen destination AFTER the train had passed.  This is proof that I need to pay more attention to train schedules. 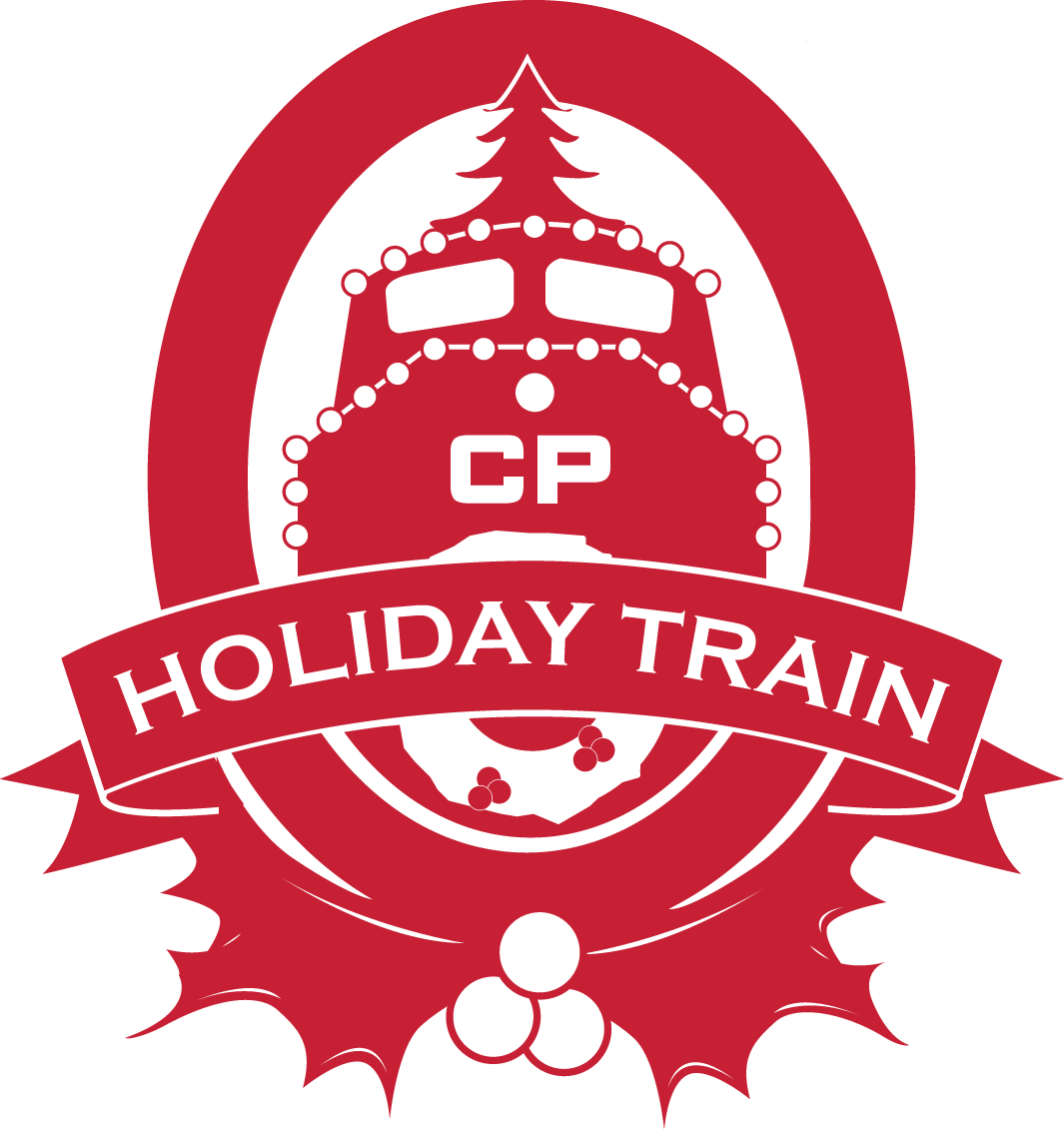 So I scrutinized the schedule for this year.  The train is parked at the Albany CP railyard on Monday morning.  It has to arrive at Mechanicville at 5:45 p.m. for the first concert at 6:00 p.m.  Therefore … if the train is still at the railyard at say, 2pm, 3pm, it has to pass along a certain rail track to get to Mechanicville.

And I have an idea.

There’s a very small side road in Cohoes – if you drive down it, you can park your car near the shore of the Mohawk River.  Ostensibly, this is great for getting long-distance shots of the Cohoes Falls, or for some clandestine fishing.

I scoped out the location during the summer.  Access to the spot would involve climbing over some rocks and trudging through some mud, not a big deal.  I went through four different lenses to find the best one to capture the entire length of the bridge AND the train upon it.  Dang it, I like two different lenses – my 55mm f/1.2 super-vast lens, and my 28mm f/2.8 ultrawide.  I needed a fast, sharp lens that could shoot well at night, and could capture as much of the train – locomotive, boxcars, etc. –  as it passed over the Mohawk River.  But I needed an ultrawide so that I could capture as many boxcars and signs as possible.

A rail photographer, Kevin Burkholder, captured this image from the other side of the bridge – the automobile corridor between Waterford and Cohoes – in 2016.  He snagged a spectacular image.  Go to the link if you want to see it.  I must say that in capturing that shot, Burkholder also had some serious equipment, he used a ton of flashes, and he received permission from Canadian Pacific to have the train stop RIGHT ON THE BRIDGE to get that amazing picture.

I also studied photographer Neil Zeller’s images of the CP Holiday Train as it chugged through the Canadian Northwest.  Damn those images are spectacular.  He’s got a shot of the train as it travels along the snow-topped prairies, he’s got one as it parks in front of the Calgary skyline.  Again … he’s taken so many great pictures that he too can get CP to park the train on very special occasions to get those super-tack-sharp images.

Me?  I only get one shot at this.  What, you think Canadian Pacific’s going to stop the train on the Mohawk River so I can get different shots with different lenses?  Are you smoking mistletoe?  I’m not Neil Zeller.  I’m not Kevin Burkholder.  I’m just little Chuck Miller with a camera, and they’re an international freight corporation called the Canadian Pacific Railway.  I have NOT earned my cred with CP for the shots that Burkholder and Zeller achieved.

I have not earned my cred.  Yet.

But I was able to study Burkholder’s image to determine perspective and size for my photo.  My image must have the locomotive, the four boxcars that say “Canadian Pacific Holiday Train,” and as many trailing boxcars as possible.

A week before the event, I drove down to my shooting location.  A test shot with my gear.  I know it’s dark and purplish, but this is just for perspective.

If I get a clear day, I’ll lower my frame so that there’s more water and less sky.  If I get a nice sky with lots of clouds, I’ll raise my frame to get more clouds and less water.  I checked my moon phase calculator on my cell phone; the moon doesn’t rise until 8:00 p.m. that night.  So no moonlight train shot.

I did all my calculations.

Although the video time stamp was still on Daylight Saving Time when this video was recorded, I have an approximate time as to when the train will pass my location.

This year, the Mechanicville concert is scheduled for 6:00 p.m., with a 5:45 p.m. arrival time.  Which means, if I work backwards, the train should pass over the trestle at some time between 4:00 and 4:30 pm.  Which means … if I get to the location by 3:30 pm, I’ll be in great shape to get the photo and still drive home before it gets dark.  I’ll do the concerts next year, when I’m not worried about my cataract-covered eyes driving at night.

See that red line on the screenshot from my cell phone?  That’s part of a CP Holiday Strain tracking app.  And it shows the route the CP Holiday Train must take to get to its destinations.

And as you can see … the train is spending the morning at Albany’s Kenwood Yard CP facility.  If you drove down I-787, you could see the train as it rests comfortably on the tracks, its glowing lights still flashing without fail.

That little locomotive icon is GPS-synchronized to the locomotive.  So as long as I keep refreshing the screen, I’ll know when the train leaves.  And as you can see … the train has to go from Albany through Menands, through Watervliet, through Cohoes and then over the Cohoes-Waterford Bridge.

I then checked my PhotoPills software – the same software I use to calculate the locations of the sun, the moon, the Milky Way, all that astrophotography stuff.  That pinpoint is where I will stand, right along the Mohawk River.  I’m more than 50 feet away from the tarcks, so I’m not technically standing on CP Rail property.  Now I’m probably standing on someone else’s property, but if they just give me this hour to shoot, I won’t bother them again.

I tried to calculate what atmospheric benefits would come my way on this shot.  If the picture is taken between 4:00 and 4:30 p.m., I’d get the “golden hour” (the sun is setting, colors are warmer, etc.).  No dice.  Monday is all fog and rain.

All right, let’s just work with what we have.

I’m sitting here.  My dependable Nikon Df is in my hands, and I chose the 28mm f/2.8 lens for my shot.  Batteries in camera are fully charged.  Fresh SD card in the chassis.  I take test shots every five minutes.  Once that train passes over the trestle, I fire the remote shutter and don’t stop until the last boxcar passes the bridge.

No excuses.  I’m physically and mentally prepared.  I’ve got enough internal insulation on my body to withstand a week in the frozen tundra.  I refuse to acknowledge the existence of cold temperatures.  Mind over matter.

And even if it gets late – I called in a favor and got a lift to the shooting site from my fellow photographer Jean DerGurahian (she operates On A Ray Photography, you can see her best work by visiting the link on my blogroll).  Jean’s a great photographer, I’ll even forgive her for shooting with a Canon.  She does ❤ that camera as much as I ❤ my Nikon Df, though…

We talk, we shoot images of the bridge, we check our settings and shoot some more.

I think back to how the railroad has intertwined with my life.  I think back at how my grandfather, Charles Bragg, spent his years working for the New York Central and later the Penn Central railroads.  His work took him from a small beachfront house in Quincy, Massachusetts, to a three-bedroom house on Kenwood Avenue in Slingerlands.

The train used to travel on the other side of Kenwood Avenue, along where the Albany County Rail Trail exists today.  Freight trains from D&H and Guilford and CP.  Counting the boxcars and seeing the different manufacturing brands.  Norfolk Southern.  Delaware and Hudson.  Conrail.  SOO Line.  Union Pacific.  Penn Central.

For a while, I even tried getting involved in model railroading.  Eventually I decided instead to visit the model railroad show at the Empire State Plaza every December and that was fine with me.

I’ve ridden on heritage rails – there’s a beautiful one in Stroudsburg, Pennsylvania that travels through miles of bucolic Amish countryside.  There’s another one in South Carver, Massachusetts – the Edaville Railroad, that runs through cranberry country.  So wonderful.

Dang, what’s taking this train so long to cross?

I may as well listen to some railroad music while I’m waiting.

Then again, if the train passes over the bridge between 4:00 and 4:30 p.m., it’ll be within the “golden hour” – that sunset time when colors are much warmer.  And I’ll have the sun at my back, which means that the sun and its “golden hour” rays will give the electrically unlit parts of the train a nice hue.

Too bad it’s raining.  Yeah, we got a bit wet.  Jean wrapped her Canon in her jacket, I wiped down my Nikon from time to time.

And I checked the CP Holiday Train app.  Train’s still in the Kenwood Yard.

It has to get here at some point.  It just has to.

And the rains finally backed off.  Now it’s just a waiting game.

I check the app again.  Still nothing.  The train has to get from the Kenwood Yard to Mechanicville, and it has to get there by crossing the Cohoes-Waterford Bridge.  It can’t take the Northway and get off at Exit 9.

And I checked the app one more time.

The train’s in Menands.

The train’s in MENANDS!

This means it has to go through Menands, through Watervliet, through Cohoes and then it crosses the bridge …

It won’t be long now.

More setting adjustments.  I get my Nikon ready.  Jean aims her Canon at the bridge.

And we can feel the rumble in the ground.

And we hear the crossing bell clanging  away as the train crosses a Cohoes highway.

It slowly crossed the bridge, and you could see all the colored lights on every boxcar.  This is incredible.  And we’re on the correct side, the words “CANADIAN – PACIFIC – HOLIDAY – TRAIN” are clear as anything.

And Jean and I are firing our cameras like we’re pressing the shoot button on a Defender video game.

I know Jean got some great shots.

I got this one.

Holy holly and ivy, Batman… The lights off the water … the train moving slow enough that I could get the detail in the boxcar decorations … this is swank.

The train kept moving.  I kept shooting, and I kept getting shots like this.

We kept shooting the train, until the final car passed over the bridge, the train honking its horn and chugging all the way to Mechanicville.

I know Jean got some great photos, and I can’t wait to see them on her social media platform.

As far as I’m concerned … I got the train shot I missed last year.

And so help me God … next year I’m going to get the best train shot I can ever wish for.

6 replies to A return to the Canadian Pacific Holiday Train