I don’t have those memories.  My biological father, Robert Kenneth Miller, treated me as if I was the one accident that derailed his life’s journey. 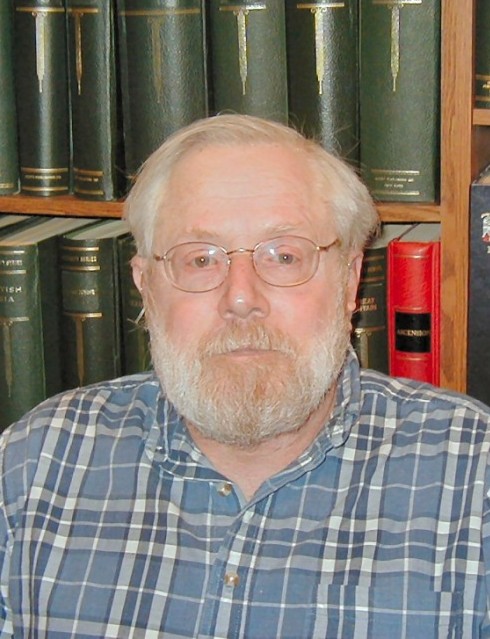 In this blog, I’ve chronicled the struggles of what has happened in my life.  How he attacked me with verbal slights and insults and outright denigration.  Comments about how, if abortion had been legal in 1963, I wouldn’t have been his burden any more.  Ugh.  Comments like that can hang around your neck like anchor chains.  In fact, here’s a blog post from 2010 that shares some of that torment.

My biological parents split up when I was barely five years old, that would have been in 1968.  Ten years later, I wanted to get away from my toxic homelife of my mother and stepfather, and thought that moving back with Robert and his new wife would be the answer.  No.  It was more of the poison.  It was a Chestnut Prison.  Trust me, I blogged about it.

Eventually, I got away from that painful situation – but physically “getting away” wasn’t the same as mentally escaping.  Robert Miller’s insults and condesendence lived on in my psyche like termites in the drywall.

I later discovered that Robert Miller was quite happy to get as far away from his family as he could.  He moved to Utah and married (for him, it was his fourth marriage – third in a house of worship, I’m still not sure he ever married my mother), and he started an eBay business selling postage stamps.   As far as he was concerned, he was back on his life track – as if I never existed.

The last time I heard anything involving Robert Miller (who used the “Bobmill” identity on eBay), he had appeared on a streaming radio station as part of an interview.  He was talking about his success on eBay and all that that entailed.  Here’s the blog post.

This morning is Father’s Day.  I had thought about doing a blog post about famous movie fathers – Bing Crosby in Going My Way, or Pongo in 101 Dalmatians – but, for a lark, I Googled Robert Miller and his current city and state of residence.

I don’t know, maybe it was a case of Father’s Day self-loathing.  I’m allowed to do this, and don’t tell me you haven’t Google-searched or Facebook-stalked someone in your lifetime.

And I was doing on the last day of his life?  I was assisting at Trivia Bowl XV, and then I helped broadcast an Albany Patroons basketball game (we bet Jamestown 97-94, in case you were wondering).  And I had no clue that he was on his deathbed.

Not a word from Robert about how he died – was he suffering from an illness, was it sudden, did he die peacefully or in lots of agony – nothing.  And with the slight exception of barely mentioning his biological children in his funeral home obituary – which, by the way, paid more lip service to his stamp collections and eBay activities – was cold comfort.

No final words.  No apologies, no words of remorse, nothing.  As far as he was concerned, he had the life he wanted.  I wasn’t part of it.  And he had to go all the way to Utah to get away from me.

And if I hadn’t bothered Googling his name for a Father’s Day post – I never would have known he had passed away.

What would I have been expecting?  A mention in his will?  Pfft.  A sealed envelope to be read at a later date?  Ha.  He cared more about eBay positive feedback than he did about his children.

And what if he was dying?  Why wouldn’t you reach an accord, in your final moments on this earth, to maybe settle the issues with your children?  Did you know that your third son Allen now has a marker over his previously unmarked grave?  Did you know that your daughter Brenda is now a successful author and runs her own publishing organization?  Did you know any of that?  No.  Hell, did you even know that the woman you had four kids with passed away a decade ago?  Of course not.  You didn’t know.  Because you moved away from us like we were unneeded and unnecessary.

Heck.  I would have listened.  Maybe I would have even forgiven what had happened.  Maybe you could have explained what took you on this journey of yours.  And why you never felt the need to include your children in it – and on the occasions that you did include them, it was to treat them worse than one would treat the mud on your shoes.

I did that.  Back in 1978.  And it took five months of living in the Chestnut Prison for me to understand that you can’t break ice when the other person is a glacier.

I don’t know what I’m going to do today.  Maybe it’s time to just disappear into the day and make myself scarce.

Today is Father’s Day.  And if you are a father, and you are estranged from your family for whatever reason … take a moment and find a way to make amends.  Reach out to a third person, a mutual friend, if the pain is too great to talk to your child directly.

If you’ve wronged your child, at least acknowledge it.  Ask for forgiveness.  Don’t expect that it will be automatic.  But show contrition.  Write a note if your voice is not strong enough.  Do something.  Anything.

Honestly, there is only one judge in the end for all of us.  And He has already made His decisions.  But you need to make yours.  Because if you don’t try to heal the wounds this year … someone may not be around for Father’s Day next year, whether it’s you or your child.  And there’s no way to patch things up after that moment.

And in closing, I must say this.

Robert Kenneth Miller may have died on February 3, 2019…

But as far as I’m concerned, he died as a father decades ago.  He had years to reach out, to talk, to apologize.  To do something.

He did nothing.  He had his happy life in Utah with his wife and stamps, a happy life that barely acknowledged that he had kids at one point or another in time.

And maybe that’s the final legacy he left for me.

And there’s nothing more to say after that.

5 replies to Bobmill: The final story